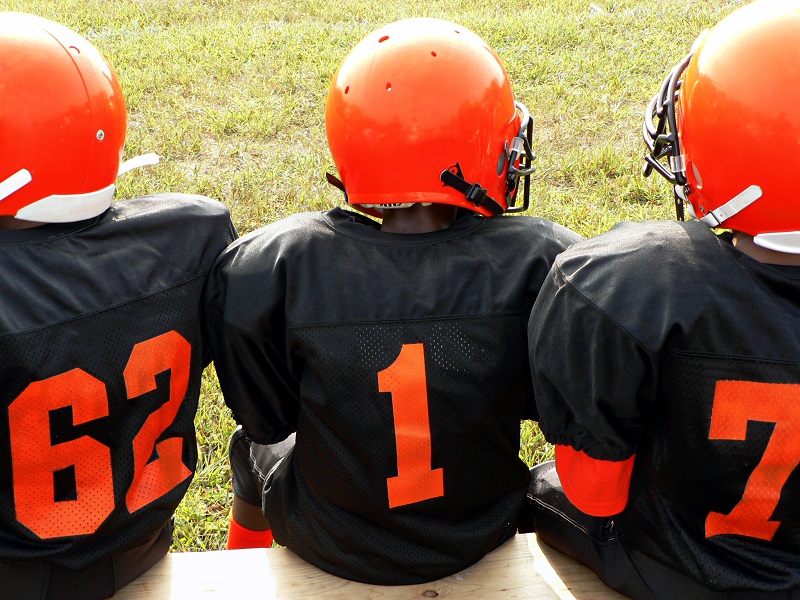 The Impact of Football on Young Athletes

Posted By: Patrick A. Loeraon: September 11, 2017In: Chiropractic BlogNo Comments

It’s football season again, and that means it’s also time to discuss The Impact of Football on Young Athletes.

As Americans, most of us love football. It doesn’t matter if it’s a youth league, high school, college, or professional football; we love it all the same. Some cities in parts of America basically shutdown during game times because everyone is at the game or too busy watching the game on television. Most people have a favorite team and they dislike the rival team for whatever reason. Of course, some people follow a team closer than others, but when push comes to shove, we’re all football fans and we yell and cheer and boo all the same.

However, most fans don’t normally think of the people that help keep our favorite players healthy and strong, so they can play football. Doctors, therapists, and especially chiropractors all help to keep football players safe. We should appreciate the work they do because, as fans, we can also receive similar treatment with or without medical insurance.

If you’re the parent of a young football player, you completely understand the need for proper health care for your young athlete. The American Chiropractic Association reports that “more than 30 million children participate in organized sports in the United States, and approximately 775,000 children are treated in hospital emergency rooms for sports-related injuries” (acatoday.org, 2016).

Proper health care is also like a football team except without as many players. For instance, proper health care involves a primary care physician for overall health issues, an athletic trainer for strength and muscle training, and most importantly a chiropractor for back, neck, and joint issues. Actually, having a properly functioning spine can have a tremendous impact on your young athlete’s performance on the field. Lucile Packard Children’s Hospital Stanford published statistics on youth football injuries, stating, “almost 215,000 children ages 5 to 14 were treated in hospital emergency rooms for football-related injuries” (stanfordchildrens.org, 2017).

As the football season gets under way, be sure to schedule a checkup with your local chiropractor to make sure that your young athletes are able to perform to the best of their abilities. To find a chiropractor near you, click here.

Football injuries that can be treated by chiropractic care include:

A lot of the time, football players are exposed to a high amount of physical stress from having to endure strenuous training. This creates muscle injuries and soreness, which are the most common complaints from young athletes. In fact, stress and overuse are the main cause of most football injuries. From the weight of the pads to training, a football player must endure constant stress to the muscles, bones, joints, and soft tissues in the body.

Another factor than many chiropractors take into consideration when treating football injuries is the level in which the game is being played. As people grow older and stronger, the force of contact will increase and that extends to the force being applied to the head and body. This is precisely why brain trauma becomes more common at higher levels of the game: the players are faster and stronger. According to the Professional Football Chiropractic Society, “in the 2010 season, the NFL began to crack down on helmet-to-helmet hits in an attempt to reduce the amount of concussions suffered by players” (profootballchiros.com, 2012).

Today, all 32 teams in the National Football League (NFL) have a sports chiropractor on staff. Although chiropractors focus on treating concussions, they are instrumental in assisting the communication between the central nervous system and the brain through adjustments to the cervical spine.

To learn more about how chiropractic care can help you or your child maintain a healthy body to play football, contact your local chiropractor today. To find a chiropractor near you, click here.

Patrick Loera is a Staff Writer and Content Creator for Chiropracticcare.today and other medical blogs and websites. Although he is a Washington state native, he graduated from San Jose State University in California with a Bachelor of Arts in English with a concentration in Professional and Technical Writing. Patrick considers himself a middle-aged athlete, and he has experienced the benefits of chiropractic care firsthand. He currently works with several medical professionals—DCs, RNs, MDs, and college professors—to produce chiropractic content that can help people understand how to keep their body healthy, how injuries can be treated through chiropractic care, and what to expect from a chiropractor. Patrick spends his spare time playing basketball or relaxing on the beach reading a good memoir or mystery novel.